Communist China reportedly had to lock down another city yesterday and build a makeshift hospital to deal with another coronavirus outbreak in its country after failing to contain the original outbreak, which originated in Wuhan last year.

“China is opening a new field hospital in the city of Suifenhe, home to about 70,000 people, which was placed under lockdown yesterday morning,” CNN reported, citing the Chinese state-run media. “The city, in China’s far northeast, lies right by the Russian border — and it has seen a recent spike in” coronavirus cases.

“This comes after the lockdown was announced yesterday,” CNN added. “All residents are confined to their homes, and only one person per household will be allowed outside to buy groceries and supplies every three days.”

The news comes after China has tried to claim that it has managed to gain control of the coronavirus outbreak, which originated in its country and became a global pandemic after China lied about it and tried to cover it up. Many analysts and political figures believe the number of confirmed cases and deaths that China has chosen to report to the world are much lower than the real numbers.

China had to institute another mass quarantine in a different part of the country last week after another outbreak popped up to the west of Shanghai.

“Henan province in central China has taken the drastic measure of putting a mid-sized county in total lockdown as authorities try to fend off a second coronavirus wave in the midst of a push to revive the economy,” Politico reported. “Curfew-like measures came into effect on Tuesday in Jia county, near the city of Pingdingshan, with the area’s roughly 600,000 residents told to stay home, according to a notice on the country’s official microblog account.”

Asia analyst Gordon Chang said during a recent interview that there was another indicator that China was dealing with another major outbreak in the big cities.

“What’s really of concern, though, is that this is probably jumped to other cities, especially those on the east, so for instance, Shanghai, Beijing, are probably experiencing a substantial number of cases that China’s not talking about,” Chang said. “And the reason why we can suspect that is because in Shanghai, many of the tourist attractions have indeed been shut down in the last three or four days, after being reopened just a week before. So that’s a real indication that there’s a problem in the big cities.”

Forbes had reported at the end of March that the Chinese government shutdown tourist attractions in Shanghai to prevent the spread of the coronavirus after they had been reopened earlier in the month.

U.S. intelligence officials have confirmed to President Donald Trump that China lied about the extent of the outbreak in their country and scientific advisers have informed British Prime Minister Boris Johnson of the same thing.

Want to join the discussion?
Feel free to contribute!

Guide to Back-Link Research and Strategy

Have fresh articles delivered to your Inbox. The signup form is in the page footer 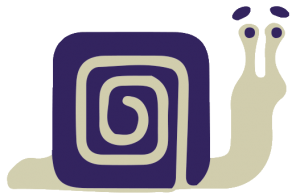